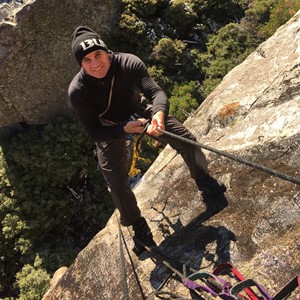 Andy Mahr was born and raised in Chicago, Illinois and received his BFA in Graphic Design from Colorado State University in 1994. Andy then attended The Portfolio Center and received a degree in Advertising Art Direction and worked as an art director and creative director for the next 13 years. He made the full transition from art direction to photography in 2008 and has never looked back.


His background as an art director has taught him to absorb the world. Photography, painting, film, music, architecture, design, motion graphics, product design, street art, guerrilla marketing, he draws inspiration from any form of art that evokes an emotion. During his time as an agency creative, he learned to pay attention not only to the way things looked and sounded, but also to the theories and concepts that surround our lives, both from artistic and business standpoints. He saw the ad business from a completely different side than what most photographers see it and he has a real appreciation for what creatives and clients go through to bring their ideas to fruition. He has developed his own unique and distinctive style, look, and aesthetic that has made the rise to his current success status very rapid. Andy loves photography and every aspect of the process he uses to create outstanding award winning images.

His career in advertising began with Pyro, a sister company of The Richards Group, in 1996 in Dallas Texas. While at Pyro Andy worked on such clients as Hummer, Converse, Dr Marten, Midway Home Entertainment, id software. Andy then went on to work at TM Advertising were he became a creative director. There he worked on such clients as American Airlines, Nationwide, Discovery Channel, Bell Helicopter and Texas Tourism. He lived in Dallas ’96 through 2008 when he relocated to the San Antonio hill country with his wife and two children.